ESA 2022 Easterns in Memory of Cecil Lear Crowns its Champions

The Eastern Surfing Association (ESA) held its 2022 Easterns® Surfing Championship in memory of Cecil Lear last week at Jennette’s Pier in Nags Head, North Carolina.  Competitors from Maine through the Gulf Coast of Florida, including the Great Lakes, qualified through their local and regional ESA events to receive an invite to one of the East Coast’s largest amateur surfing events.

A less-than-ideal sandbar and finicky waves created a lot of schedule changes, lay days and double-beaching, but the ESA was fully prepared for whatever was to be.

“We have learned to expect the unexpected whenever we have an event in the Outer Banks,” said ESA executive director Michelle Sommers.  “Our officials were ready to consolidate the schedule and make sure heats were run in the best possible conditions.  We had multiple location permits, extra judges, additional equipment and a larger beach set-up to accommodate whatever we needed.”

The weather was amazing all week, and Fiona provided waves for competitors of all ages to showcase their skills among the best of the East Coast.  Adult and Open Longboard divisions kicked off the event a day late on Monday, followed by the youth divisions Tuesday and Wednesday.  Surfline’s forecast was showing Thursday to be the best of the week, so ESA officials moved the Open, U18 and U16 divisions to the final day, which proved to be the right call. 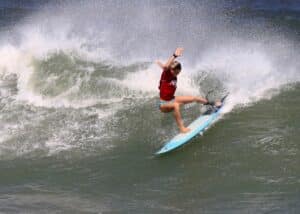 “Winning one title at Easterns was a goal of mine,” said Iglay.  “Being able to win two divisions was sick.  The waves were fun, and it was a great week spent in the OBX.”

North Florida’s Lanea Mons claimed the win in both Girls U16 and Girls U14.

“Winning two divisions at Easterns means so much to me,” said Mons. “It’s a tough competition because you have to perform in all conditions and while I’ve come close a couple times, I was hungry to get a win.”

South Florida’s Marylnn Glaub and Central Florida’s Sebastian Peters took first place in the Girls U12 and Boys U12, respectively. 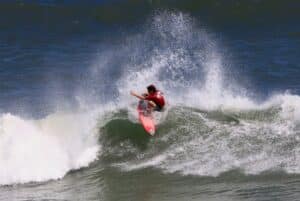 Southern North Carolina’s Fletcher Whittle won first place trophies for Boys U14 and Menehune Longboard on surfboards the were shaped by Whittle and his father.  He also took home the  event’s Hot Wave for scoring a perfect 10.0.

“I was super stoked to have waves from Hurricane Fiona and to win U14 Shortboard on a surfboard that I shaped,” said Whittle.  “I want to give a huge thanks to my parents for supporting me and to my dad for shaping my longboard.”

Central Florida’s Teddy Witteman is the Boys U16 champion and Delmarva’s Kai Sommers claimed first place in the Jr Men U18 shortboard.

“I was so stoked to come away with my first ESA title against strong competitors,” said Griffin.  “The waves finally showed up and everyone was ripping on the last day. Thank you ESA for another great event.”

The ESA also celebrated the life of its cofounder Cecil Lear with a memorial paddle out and viewing of a short film about his legacy produced by Luda Ronky Captures on Monday evening.  Cecil’s family and several East Coast legends were in attendance for the public gathering that was sponsored by Surfalorus.

Click here to view the short film about Cecil Lear 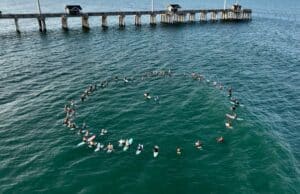 “Cecil will forever be here at Easterns with us,” said Sommers.  “We miss him so much, but we know that he will always be with us and send us the waves we need, just like he did this year.”

Special thanks to the Town of Nags Head, Jennette’s Pier, The Outer Banks Visitors Bureau for hosting this event each year.