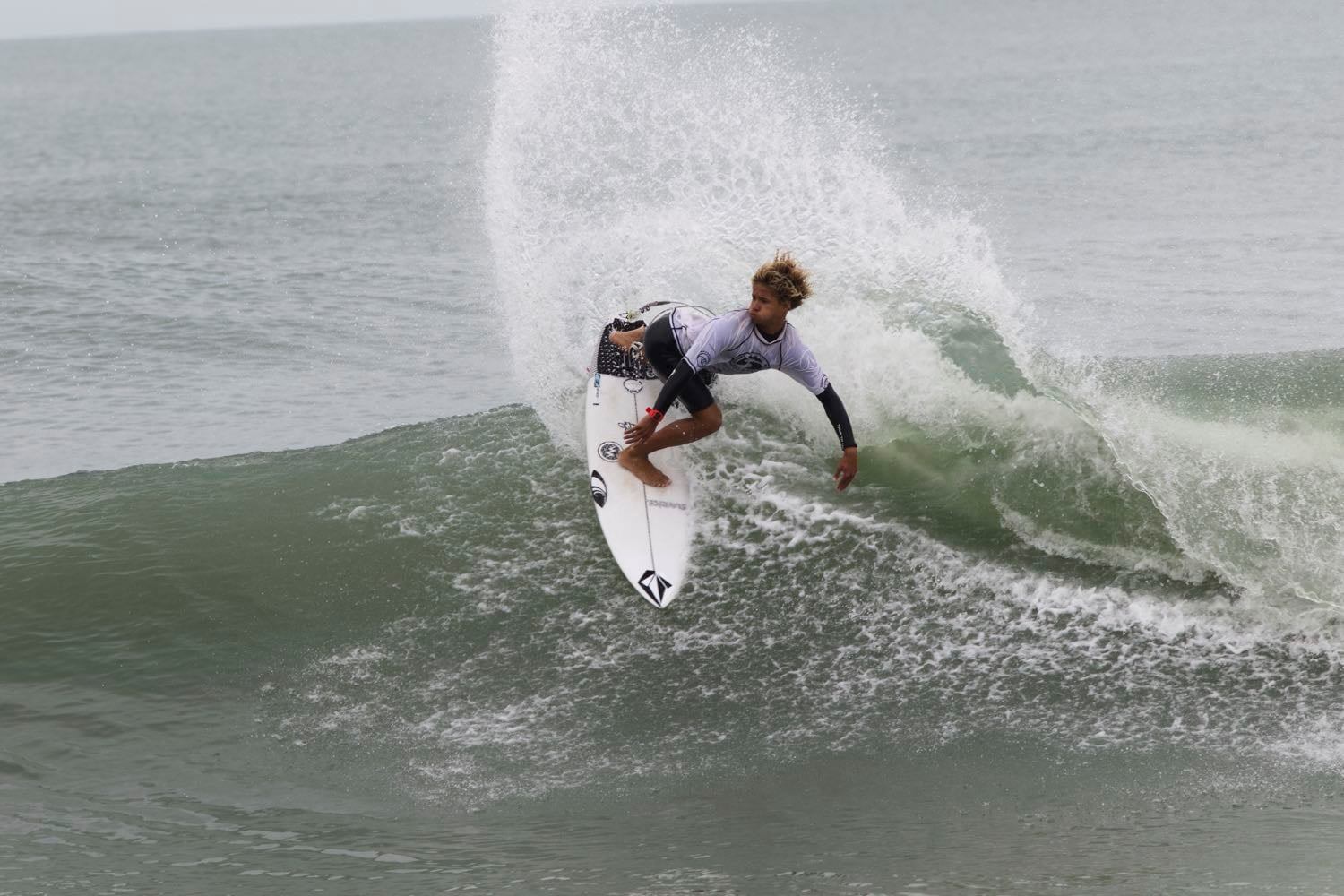 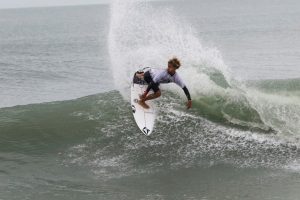 The usual six-day event had to be compressed into three and one-half days due to extreme wind and waves in the first part of the week due to effects from Hurricane Teddy. The high winds generated waves that were 15-20 ft. and breaking out past Jennette’s Pier.

“It wouldn’t be an ESA Easterns® event without some kind of crazy weather,” said ESA’s Executive Director Michelle Sommers. “The Outer Banks presents us with a weather challenge each year, but the ESA knows how to make the event happen no matter what.” 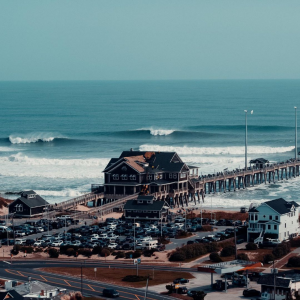 With Sunday, Monday and Tuesday as lay days because of 30+ mph winds, the heats began running on Wednesday offering the adult divisions overhead surf inside of the Pier. Surfline’s East Coast Lead Forecaster Kurt Korte provided accurate reports throughout the week to ESA officials that helped with event planning.

ESA competitors were thrilled to get the event started, and everyone supported the efforts made by the ESA officials to get every single heat run in a short time-frame in order to complete the event within the time frame that was necessary.

“It was pretty heavy out there with insane rip currents and bomb sets from the outside washing through to the inside,” said Motes.  “I saw some of the biggest surf I have ever seen on the East Coast that morning.  By the afternoon, it was some of the best surf that I have ever seen at any contest.” 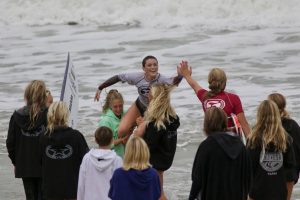 Bree Labiak, who hasn’t been able to compete much in 2020 due to championship and local surf events contests being put on hold because of COVID, won two Easterns® titles in Junior Women Shortboard and Longboard.

“It was nice to put the contest jersey back on,” said Labiak. “It was a fun time, and great to see friends who I don’t get to see often.”

“I’m stoked on my outcome as I had a great time with my friends and did my best out there,” said Burger. “Congrats to all the competitors!”

The Girls U16 final was made up of all ESA All-Stars. Niyah Rosen, Abbie Yates, Mia Gallagher and Brynn Gallagher battled for the top spot, with Rosen claiming it for her first Easterns® title. Rosen also placed third in the Girls U14 that was won by Central Florida’s Kylie Pulcini with ESA All-Star Abbie Yates taking second. 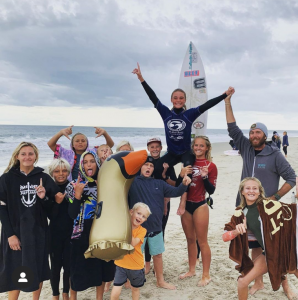 “All the hard work over the last year, both in and out of the water, prepared me for that moment,” said Rosen. “I’ve always asked myself whenever things get challenging, ‘How are you going to respond?’ and that mindset played a huge role in that U16 final with the tough conditions and against girls that rip.”

The Boys U14 was an intense final, with Braeden Kopec and All-Stars Logan Radd and Will Deane so close in scores that it was a heat of strategy and paddle-battling for the top spot. Kopec came out ahead as the Easterns Champion by a .20 ahead of Radd, and a .47 ahead of Deane, making it the closest final scores of the event.

The U12 divisions showcased a new crew of up-and-comers who rip. All-Star Daya McCart won the Girls and Vance Weyandt claims a win in the Boys. 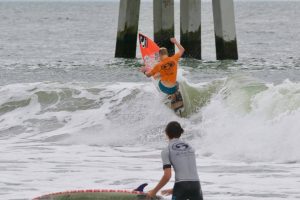 The ESA’s Easterns® online raffle is open until September 30 with great prizes offered to those who wish to help support the event. Enter at this link for a chance to win a custom-shaped surfboard from Savage Surfboards and prizes from Sharkbanz, OluKai, Rip Curl, Hydro Flask, Remke Woodworks, Eidon swimwear and more.

Complete list of results can be found by clicking here.

Check our the Easterns ® video recap 1 video from NPI Productions!</str

Check our the Easterns ® video recap 2 video from NPI Productions!